On July 26, Liberia and Liberians worldwide celebrate the 163rd anniversary of the independence of Africa’s oldest republic. On this occasion, two questions come to my mind. First, what explains that Liberia has managed to exist for over 160 years? Secondly, is it really an achievement??

It is quite a challenge to try to answer these questions in less than 400 words. Nevertheless, I will try it and tackle them.

How come that Liberia has survived despite all difficulties? ‘Cause difficulties, there were many. I will neither mention all nor elaborate on them: I would already exceed my maximum 400 words. 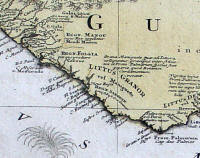 The settler population that created the republic did not come voluntary to the shores of the Pepper or Grain Coast, definitely not all of them. Further, they had to start from scratch: there was nothing, all modern institutions a.s.o. had to be built. Moreover, the immigrants alienated the peoples living on the Pepper Coast by imposing their laws while at the same time excluding them from the benefits of these laws. Not surprisingly, after 133 years, the rule of the Americo-Liberians, as they preferred to call themselves, was violently overthrown. The chaos that followed led to an even more violent struggle for power which lasted some 14 years. Since then, Liberia re-started from scratch.

In my opinion, there are two major explanations for Liberia’s survival despite all these difficulties. First and foremost I must mention the US protection and support. Without the support of the American Colonization Society (ACS) in the 19th century and the US Government in the 20th century, for reasons of the Cold War, the Lone Star Republic would not have survived. It is not a coincidence that the worst part of Liberia’s contemporary history started after the end of the Cold War.

Secondly, the successive Liberian governments and foreign investors connived in the exploitation of the rich natural resources of the country. Under this arrangement – called the Open Door Policy – the governing elite used a portion of the proceeds of the economic development which took place – albeit in enclave sectors – to stay in power and live a comfortable life. The foreign investors were allowed to take the largest share of the cake. The foregoing is important since it contains important lessons for the future.

Then the second question. How much of an achievement is it to have existed for over 160 years?

According to most sources the world nowadays counts 195 independent countries leaving important aspects of constitutional law here aside. Only about a quarter of these 195 countries exists for more than a century.

Throughout history many countries split, merged, changed their names or were swept from the world map as a result of war. E.g. the Austro-Hungarian Empire in Europe, the Ottoman Empire (aka the Turkish Empire) and, more recent, the Union of Socialist Soviet Republics (USSR).

‘Independent’ African countries that have disappeared are the Boer Republics in Southern Africa, created in the last quarter of the 19th century, and the Bantustans (aka Black African homelands) in particular Transkei, Bophuthatswana, Venda, and Ciskei (the so-called TBVC states) created by the Apartheid regime but which did not survive the fall of ‘Apartheid’.

Consequently, many countries no longer exist.

In light of the foregoing there is reason to celebrate in Liberia ‘July 26’. The answer to my second question is: ‘Yes, it is an achievement to have survived.’

But now, at the end of my reflections, a third question emerges: What else did Liberia achieve?

No doubt, a painful question. We will leave it until after the party.

I wish all Liberians a wonderful July 26!!

All Hail, Liberia, Hail! Click here for the music.