About Liberian Olympians and the Amputee All Stars 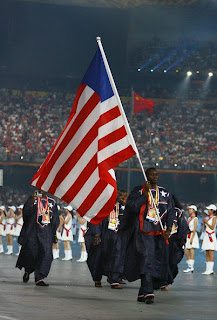 All three athletes live in the United States. Jangy Addy was born in Norcross, Georgia, in 1985 but is of Liberian heritage. The Liberian coach is Garfield Ellenwood, the American husband of former Liberian Track Athlete Joycelyn Harris. They are proud to represent Liberia.

In 1952 Africa’s oldest republic was for the first time participating in the Olympic Games. A considerable number of Liberian Olympians already preceded Addy, Davies and Williams – among them Liberia’s fastest man, Sayon Cooper , a two-time Olympic participant representing Liberia in Atlanta and Sydney. Liberia can be proud of these men and women. 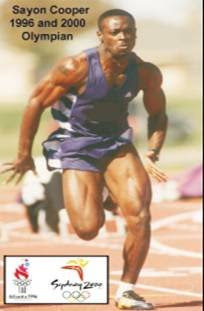 The 1996 Atlanta Olympics and the 2000 Sydney Olympics took place when the civil war was ravaging the country, destroying nearly all infrastructure, crippling the economy, causing many casualties. Liberia’s 14-year civil war cost many combatants their childhood and hundreds if not thousands of them their arms or legs as well.

When I was watching the Opening Ceremony and the Liberian representation I had to think of them. And I suddenly remembered a fascinating and emotional YouTube movie about Liberian amputee soccer players. Some of them were former child soldiers of opposing rebel groups. I will not dwell upon their history and conduct, it’s a sad story. Recruted, exploited and drugged by politicians-warlords they killed, raped, looted. But nowadays, after the demobilisation, they are representing Liberia too – as the Liberian Olympians do. They may not earn medals or other trophies – although… But they are representing the new Liberia. Look here for the Amputee All Stars, Liberia’s new hope.

This entry was posted in Liberia, Ordinary Liberians. Bookmark the permalink.